This is what’s called being lucky. A tipster from Great Britain won a £2,500 from a bookmaker, even though his bet was far from being close.

The whole story is amazing. One of the top British online bookmakers offered to bet on who will become the next director of Manchester United. Legends of the Red Devils, like Darren Fletcher, Edwin Van der Sar and Rio Ferdinand were among the favourites in this run.

As it usually happens, the bookmaker has also offered a completely out of this world candidates. For example, Usain Bolt had odds of 401.00 (400/1) and the current British Prime Minister Theresa May, who had 501.00 (500/1) odds! 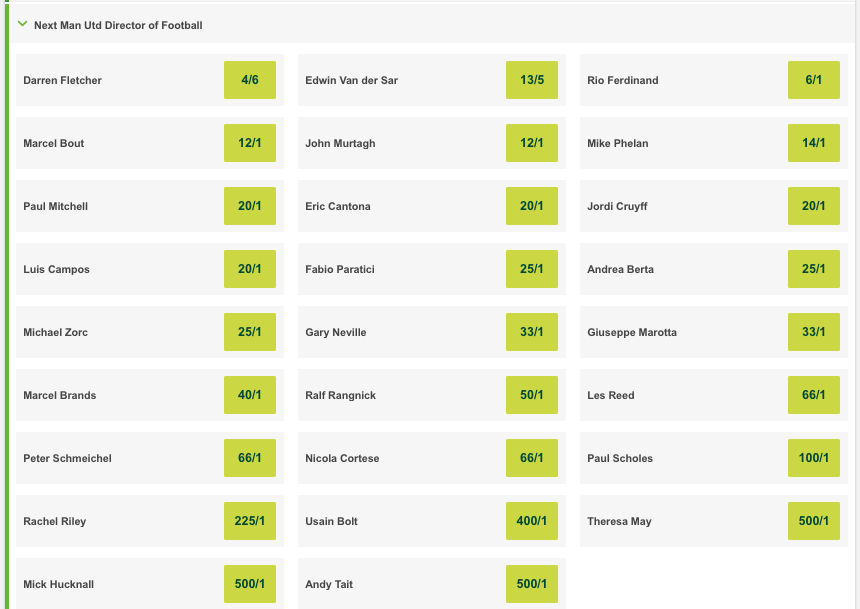 Of course, the head of the British government was picked by someone. The tipster bet £5, which in case of success, would have given him a £2,500 return!!!

Guess what? The owners of that bookie either were drunk or just in too good of a mood at the moment that they decided to reward such a brave move and paid out the whole amount! Once again, someone proves the saying “play hard or go home”... 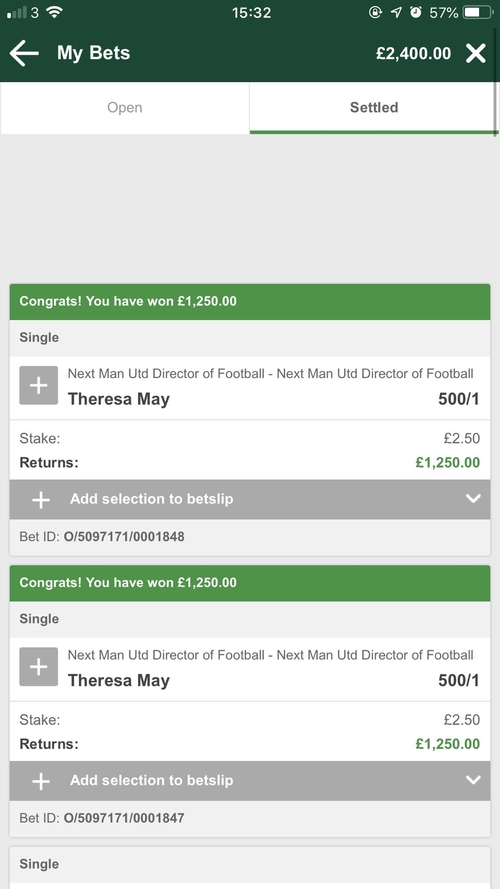 How many goals are scored after freekicks?

Related pages
How to properly play multiples?
Once upon a time or the story of bettor
Seven unbelievable wins in betting. Number 6 will knock your socks off!
Related other news

read more
Pocketing a huge payout day always feels good. However, sometimes you might find out you missed something really importa

How to properly play multiples?

read more
A lot of talks are around them, some like it, some don't, but at the end of a day they are still around. The never-endin

Money come and go, as they say

read more
Money really does come and go, especially when you are the professional bettor. Everyone knows that winning a couple of

read more
One English bettor rather won’t remain a supporter of the video assistant referee system. He would have cashed around 50

omg, why some get paid out on lost wagers and I cannot even get my winning wtf....