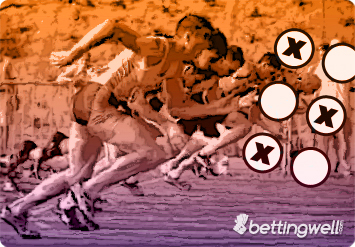 Athletics is called the queen of sports. It has been accompanying man since the beginning of all, the beginning of the world, because people ran after animals while hunting them, jumped over balks or threw something heavy. With time unification of rules was held and people started to compete among themselves. In Ancient Greece huge attention was connected to physical culture, especially it was significant during war. Young men in all cities competed in athletics which also was available at the first Olympic games in Olympia in 776 B.C.

Since athletics is the queen of sports, its key discipline is running. Running for short distances was the main part of ancient competitions and each Olympics was later called in honour of the athlete who won the race. And though the idea of running kinds does not differ from the modern one, still some details have changed. For example, one of running kinds in ancient times was called “hoplite”, running with full military equipment, helmet, armour, shield. The next difference was that every sportsman who made a false start was immediately fined by beating.

Types of bets on running

The most important tournaments, as well as for all running kinds, of course, are the Olympic games, the World and European Championships and a whole series of prestigious competition IAAF. Namely during these tournaments bookmakers suggest a rich offer what does not mean that there will not be any events till the end of the year. The running season is very long, after competitions at open stadiums end, an inside season begins, so fans of running bets will not be disappointed. Depending on the kind of competition, bookmakers set their odds on several markets.