Odds for the match Arsenal – Chelsea 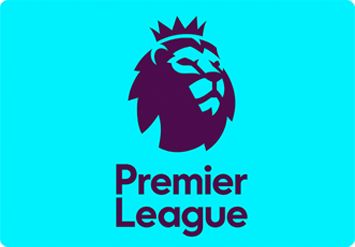 Who will win in the Saturday London derby? Arsenal will host Chelsea at the Emirates stadium in the Premiership hit. Learn our predictions for this match.

Both teams play decently this season. After five played games, Arsenal with 9 points takes its favorite fourth place in the tournament table and overcomes the fifth Chelsea just due to a better goal balance. Both the Gunners and the Blues lost just in home matches against Liverpool, which is unbeatable this season in London (except from wins over the above mentioned teams, it also got a valuable point in the match against Tottenham at White Heart Lane). Previous week both teams played matches in the League Cup, however reserve players played in it, so we should not worry about the condition of the main players. Arsenal won over Nottingham Forest easily in an away match with the score 0:3, and Chelsea won in extra time against Leicester after a fascinating match (2:2).

We like the odds at the level 11/10 (2,10) for less than 2,5 goals in the match from bookmaker Coral more. Although in matches of both teams many goals are scored, it is due to the fact that the odds look little attractive (especially if to track history of direct matches of Arsenal and Chelsea at Emirates – you will see such results: 0:1, 1:0, 2:0, 0:0, 0:2).

Another interesting variant is a bet “Both To Score - No” from bookmaker Unibet 33/25 (2,32). Taking into account the potential of both teams in the attack it is hard to believe that both teams last scored in a direct match back in… January 2013. Since then they have met eight times and no match has ended with a BTS result.

read more
How familiar are you with sports betting lingo? Do you have a hard time understanding some of the terms you find online? Do you know what they mean and how do they work? Let’s take a look at one of them today in our special online sports betting guide. Read on.

read more
One of the leading online bitcoin betting operators, Sportsbet.io, just shared one of the biggest cryptocurrency wins on football. Let’s take a look at everything we know about the bet. Read on.

How can UEFA coefficient help with Champions League betting?

read more
If you are a big UEFA fan, then you should be quite familiar with coefficients this football association assigns to all the teams based on their recent performance and whatsoever. While it has been proven to be an imperfect method to assess teams’ winning chances, how, in reality, can it help make successful Champions League predictions? Read on.

read more
One of the leading online bookmakers, Bovada, launches a huge giveaway on the occasion of the NFL season return. Take pa

I never know how to predict matches like this and Im always wrong. Are you sure it will be under? Because last games it was many, many goals of both teams