The most popular football competition in the world comes back after the winter break. Which team will advance to the next round, and which one has the best shot at winning the trophy? Check out what top online bookmakers have to say.

Soon enough (Feb 18), we are going to witness the first Champions League matches of the Round of 16. The first clashes are scheduled between Atletico & Liverpool and Borussia Dortmund & PSG. Bookmaker William Hill presented its offer for this very occasion. Please, take a look at it.

Another interesting market is offered by the bookmaker Betway. You can predict the nationality of this year’s winner. According to the bookmaker, Premier League sides are favoured the most, followed by Spanish, German, French and Italian contenders. 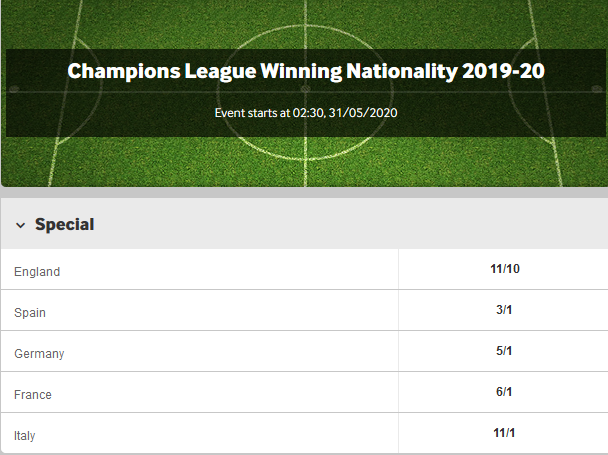 Top online bookmakers are favouring two English clubs to win the trophy - Liverpool and Manchester City. According to BetVictor, these two teams are most likely to appear in the Final in Istambul. Who knows? What are the chances of them facing each other in the final? What a match that would be! 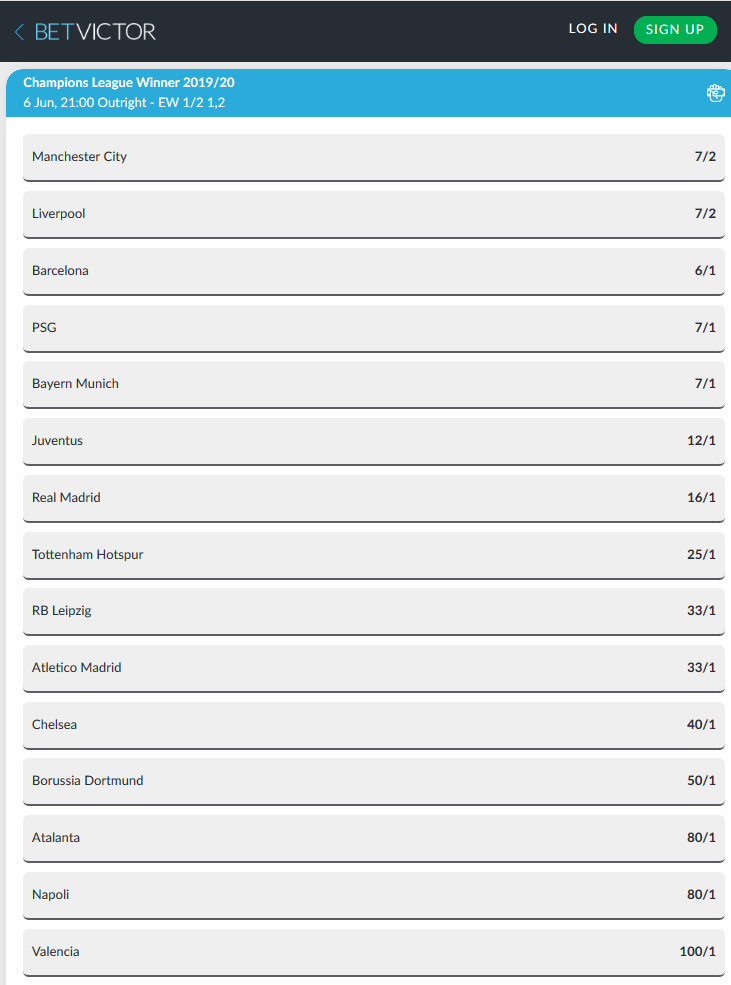 Does the better team always win in the penalty shoot-out?

read more
Check out the latest promotional offer from the bookmaker Nitrogen Sports. Take part in the series of the upcoming betting contests and enjoy gigantic winnings in bitcoin.

read more
Everybody is excited about the Premier League. Everything about this top-tier European football competition makes football fans go crazy. Fabulous goals, stunning passes and amazing saves, all of that is nothing compared to the last days’ goal-fest. Let’s take a more detailed look at this interesting football phenomenon together.

read more
Are you a risky punter? If that is so, then one of the top online bookmakers Nitrogen Sports has something special for you. Place your riskiest parlays, climb up the ladder and win huge bonuses in bitcoin.

read more
If you are a true esports fan than there is no chance you have not heard about this iconic first-person shooter. Despite its increasing popularity, many punters still seem not very keen about this esports discipline for various reasons. So, do you know how to bet on it properly? Don’t worry, we got you covered.