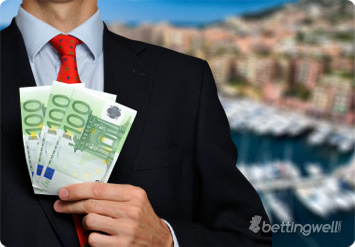 Sports bets are connected to sport in natural way, that’s why nowadays bookmakers are more often becoming business partners of sports clubs. Bookmakers are present on the shirts of players, banners or official clubs’ websites. Currently a large number of important clubs in Europe has a bookmaking company as a partner. Thanks to that sports clubs are receiving a large amount of money, and bookmakers a large amount of players.

There is a tendency that players which are fans of a given club choose an offer of the sponsor. Thanks to this symbiosis it is worth to invest in football.

In such case does the credibility of a bookmaker increases if he becomes a sponsor of football club? Is he better than the others thanks to that? Years of experience in this industry don’t confirm that. Unfortunately marketing does not always to together with quality, not only in this industry. In our opinion few bookmakers do not merit good opinion, although are fully solvent. On Bettingwell we try in honest way to choose the ones which are good and not necessarily invest in many marketing actions.

Below we present list of sports clubs sponsored by bookmakers. Not all of them are official sponsor, however most of them puts large sums in these promotions.

The largest amount of companies and the most recognizable market is Premier League and Championship. Many clubs have sponsored agreements signed with bookmaker companies.

In other countries the situation in sports clubs is as follows:

read more
We want to wish all Bettingwell users Merry Christmas and a Happy New Year.

Allardyce no longer England’s manager due to off-field controversy. Bookmakers favourites for his replacement include Bruce, Pardew, Klinsmann and even Beckham

read more
The FA mutually agreed to part ways with Sam Allardyce, now-former England national team manager, after only one match a

Joint the US Open Betting Championship and scoop your prize from €10, 000

read more
Bookmaker Unibet invites all his player to take part in US Open Betting Championship 2016.

read more
The world turns upside down. One of the biggest bookmakers of Kazakhstan offers its clients to bet on terrorist acts and