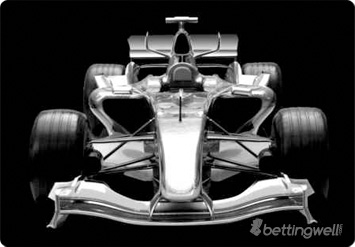 Best drivers, cutting-edge car design and technology, iconic and legendary tracks in virtually every corner of the world, top speeds exceeding 320km/h, massive spectator crowds and a television audience in hundreds of millions – this is Formula 1. Launched in 1950, F1 has long ago established itself as the highest class auto racing with FIA as its licensing and arbitration body. Formula 1 is also the most expensive sport on the globe as millions are spent not only on transporting the cars, equipment, and numerous team members, but also on organisation, research and development.

Individual - Team Sport
Formula 1 is unlike any other individual sport in the sense that apart from the 2-hour race there is an almost unceasing "behind the scenes" action that determines the final success. During every Grand Prix, assigned to each F1 driver and the car, there is a huge hard-working race team comprising of technical director, race team manager, software engineer, race strategist, data analysts, tyre men, fuel technicians as well as a number of different mechanics and repairmen.In-between the seasons, factory engineers face colossal pressure to meet challenging delivery deadlines for developing their team's racing cars.

They are hidden heroes who meticulously design, analyse, manufacture and test F1 cars and their single failure can mean that the entire racing season is nothing but lost. What is needed, therefore, to win in Formula is a brilliant individual behind the steering wheel, competitive and solid car, and for each race a well-thought-out strategy that can be appropriately modified as the racing events unfold.

F1 season usually runs from March to November. There are up to 19 racing weekends, usually every 2nd or 3rd week. The season usually starts somewhere in the eastern parts of the globe. e.g. Australia, Bahrain, and then in May the "grand show" moves to Europe, F1's traditional centre, and then once more into the far corners of the world such as Singapore, Japan, Brazil or North America.
Generally, it is common in F1 that one, two or three drivers dominate throughout a season, but F1 betting is a little bit more complicated. Being close to F1 at all times which means studying drivers' form, reading F1-related previews, articles and interviews is vital for good betting choices.

Weather can also be a factor, as some drivers feel like fish in the water during rainy conditions

the characteristic of some tracks favour some machines making them exceptional performers, while other cars have to struggle. throughout the F1 season and especially when there are longer breaks, teams introduce various parts that improve the car's performance - follow these changes and consider them in your betting.

learn drivers' past records to see which circuits they enjoy more and which less. For instance, some drivers perform really well on street circuits, while others are splendid on "wide" tracks, obviously, you can also expect big results when drivers race on their home ground, betting on cool-headed drivers who avoid mistakes and collisions is also recommended, as they will let you down less often.

Win bet – predict the winner of a single Grand-Prix or a Season winner (long-term bet).
Pole position winner – predict if the driver that starts from pole position will also win the race
Head-to-head bet (Driver vs Driver bet) – predict which of the two comparable drivers/constructors will be higher in the race/qualifications/end of season standings. Example: Odds-compiler creates a match-up of two drivers whose form is similar, e.g. Alonso and Hamilton. Ideally, for the bookmaker both sides of the wager attract an equal amount of money staked, which will also be reflected in similar odds.
First lap driver bet – predict which driver will lead after the first lap
Podium finish bet – predict which driver will finish on podium Fastest lap bet – predict which driver will have a single fastest Grand Prix lap.
H3H betting – predict which of the three comparable drivers/constructors will be higher in the race/qualifications/end of season standings.
Over/under bets – Examples: How many cars will be classified in the end result? (Over/Under 16,5) How many cars will fail to complete first lap? (Over/Under 0,5), How many Safety Car periods will there be during the race?
Exotic bet – betting on events which are not directly connected with the outcome of the race
Example: "What will the next Fernando Alonso's team?" "Will Michael Schumacher resign from Formula 1?"