How to bet on golf

Golf has been and is one of the most popular kinds of sports in the world. The first mentions about this game come from the Middle Ages, and the motherland of this noble game is thought to be Great Britain. Today all around the world – both professionally and for entertainment – more than 150 million people go in for this sport, and the incomes of the best professional players make tens of millions of dollars yearly. Moreover, after 112 years, golf returned to the Olympic games program. Together with the development of bookmaker industry it was just a question of time, when golf would become one of the most often predicted kinds of sport in bookmaker bets. 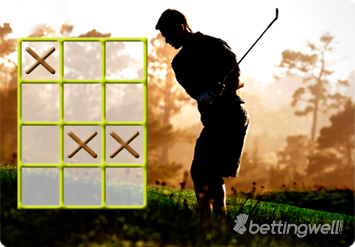 Types of bets in golf

Punters have got a possibility to bet on golf tournaments virtually all year around. Competitions of the PGA USA Tour or the European tour are played on all continents, starting from early spring and till late autumn, so everybody can find something for him/herself. The most important tournaments within the year are – Masters, US Open, British Open, Professional Golfers’ Association Championship.

Punters are usually offered several kinds of bets. One of the most widespread kinds of bets is the one for the tournament’s winner. This is the most profitable variant in betting, but, probably, not the easiest. In the majority of cases, tournaments, held in the 72-hole format for 4 days, have approximately 100 golfers taking part in them. Due to quite high level or long lasting of tournaments, the prediction of a winner is a very difficult task. On the other hand, odds on favourites are very interesting for punters, up to 6/1 and 49/1 on golfers from the top of the board. Some try to use a progressive system here, by betting on a particular player from week to week. You should, however, remember that there is a great number of golfers who have not won a tournament within the last years, but they still hold high places in the rating. Thus, it will be preferable to define a limit of one’s mistakes and predict the top 5, top 10 or top 20. The probability of prediction grows significantly, while the odds remain at a rather attractive level.

Another variant, which is offered by bookmakers to their clients, is bets of the H2H type on certain golfers. These bets are of great demand both before the beginning of the tournament, and in its course. Together with successive holes your knowledge about probability of a win of a given player grows. Only by predicting the golfer who has great advantage over the opponent in the middle of the tournament you may not find odds worth attention. If your favourite has a weak round or two behind him, we still hope that fate will smile to him (and us as well) in the following rounds. You should just remember, that H2H bets usually have three possible outcomes 1X2, despite a draw appearing very rarely, it should be taken into account.

Other available types of bets – prediction of a higher qualified golfer from a given country, a leader after the first round or a sportsman who gets into the Top 3, Top 6 etc., after 18 first holes.

In comparison to the majority of sporting disciplines, in golf you have enough time in order to make a decision, so there will be no classical live betting. In addition the tournament itself goes for 4 days,and the following rounds have long breaks. This creates a possibility for punters for a more thorough analysis of certain golfers. Quite attractive live odds can be caught especially in H2H bets, your choice has to base on intuition and knowledge. When predicting the winner of the tournament after several holes you should remember that it is very seldom, that a golfer who is out of the first twenty after the first or second day, will be able to win the tournament. A great start and a stable, equal form are simply needed here.