Discus throw is one of the main Olympic disciplines. According to myths the first discus thrower was the Greek hero Perseus and the competition in Olympia was held in 708 B.C. In the program of the modern Olympic Games discus throw has been present since 1896. Of course, within the past time methods and principles changed, the distance of throwing in ancient times was measured by a wooden stick and the stone discus weighed even 8 kg, what would be unthinkable today (in current time the discus used by women weighs 1 kg, and men – 2 kg). 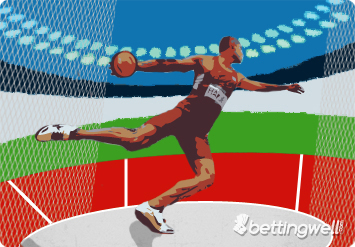 Types of bets on discus throw

It would be false to claim that bets on discus throw dominate in bookmaker offers. However, in the course of the most important tournaments the majority of bookmakers set their odds, which have demand of fans of this kind of sport. The main tournament of discus throwers is, undoubtedly, the Olympic games, just a bit lower in the hierarchy are the World and European Championships and the series of prestigious competitions IAAF. Bookmaker companies usually offer bets on several markets.

How to effectively bet on discus throw?