Although the majority of bets on club basketball are being placed on the NBA (National Basketball Association) and the NCAA (National Collegiate Athletic Association), because of the growing popularity of the domestic European leagues and most of all, of the Euroleague, the number of bets placed on non-American competitions is rapidly increasing every year.That is why, it is important to know few differences between American and non-American competitions. Please note that we will focus mainly on the differences between the NBA and the Euroleague as they are the most prestigious and popular competitions in their regions. 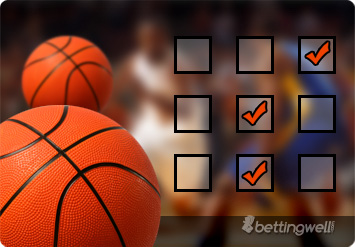 The differences between the NBA and Euroleague

First of all, it is obvious that the NBA and the Euroleague are two different types of competitions, with the latter being a tournament (a basketball version of the UEFA Champions League) and the NBA being the typical basketball league (regular season + play-offs). That is why, it is good to read about the principles and formats of both this competitions on their official websites.

The most visible difference between the NBA and the Euroleague is their level of quality. Because the sport originated and has the biggest popularity in the United States, there is a lot more quality players in America than it is in all the rest of the world combined. That is why, many American and Canadian players that are playing in Europe are among the most important players and top-scorers of their teams. A good example, showing this difference of quality are the individual scoring-records, which are much higher in NBA.

Players such as Kobe Bryant or Michael Jordan often scored over 50 points in a single game, whereas in Europe, scoring 30 points is an impressive feat. Same goes for the average of points scored by the entire team. The results such as 130-120 are quite rare in Europe, whereas they often occur in the NBA.

Another important difference is the number of games. There is a lot more games played in a week in the NBA, than it is in the Euroleague and domestic European leagues. What is more, the overall number of matches in the season is as well much higher in the American competitions than it is in Europe. Thus, it is more demanding for the players to be in good shape for 3-4 games a week. This is also one of the reasons why great players from Europe find it hard to adapt in the NBA when they are drafted.

Last but not least, it is important to remember that there are some differences in the rules between the NBA and the non-American competitions. European rules favour the teamwork and competitiveness between the teams, while the NBA support their star players and focus more on individual skills and athleticism.

Those differences should be taken into consideration if the punter want to bet on one of these competitions. For example, betting on Over/Under Total Team Points for Europe is much harder than it is for the NBA. From the other hand, NBA is quite well-balanced and it is easier for a surprising result there, than it is in Europe, where the likes of Real Madrid, CSKA Moscow, Maccabi Tel Aviv and Panathinaikos have dominated both their domestic and international competitions.

Smithie you ae not funny. Most sports come from Europe. We are the oldest continent and we have very good basketball. Not only money but passion for sport.

I was not aware that there is something called 'Euroleague'. I heard there was basketball outside the U.S but i though it was only national teams competition. Turns out I am a stereotypical yankee :) Glad to have stubled on this website and read this.