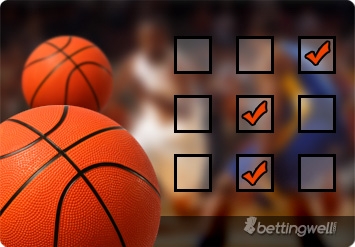 James Naismith is considered to be the inventor of basketball. He was a Canadian physician and P.E. teacher who came up with the idea and rules of the sport that would become basketball, while working at the International Young Men's Christian Association Training School (YMCA) in the city of Springfield, Massachusetts. Naismith wanted to create an indoor activity for his students who were often limited by the weather conditions while playing games in the open air. The sport quickly became popular in the United States and in Canada, and later on in Europe.

In 1936 basketball officially became the Olympic discipline and ten years later the first professional basketball league in the world – the NBA, was created. The peak of the popularity of basketball came with the arrival of Michael Jordan, arguably the best basketball player of all time. During the ‘Chicago Bulls Era’ basketball was one of the most viewed disciplines of sport in the world. Currently, after few years of stagnation, basketball is once again peaking the statistics for the most popular sports thanks to the stars such as Stephen Curry or LeBron James.

The rules of the game

Basketball rules are not that difficult. Two teams consisting of 5 players each (including substitutes, overall 12 players for each team), try to throw the ball with their hands into the opponent's basket (hoop) which is attached to the backboard. The hoop is placed at the height of 305 cm (10 feet). There is an unlimited number of substitutions in basketball.

It is allowed to move with the ball only by passing it to your teammates or dribbling the ball by bouncing it. Players are obliged to not take more than two steps or change their pivot foot before passing or shooting (traveling) and once they stopped dribbling they are not allowed to dribble again (they have to shoot or pass). If the ball leaves the court, the opponent begins the game at the place where the ball left the sideline. As for the time of a single game it differs depending on the region and competition. In Europe there are 4 quarters, each lasting 10 minutes. In NBA and WNBA (Women's National Basketball Association) it is 4X12, and in NCAA (National Collegiate Athletic Association) it is 2X20 minutes. The time is stopped when the play is not active.

Basketball referees differentiate two types of fouls: personal (intentional regular fouls or brutal flagrant fouls) and technical. After a foul is committed, the opponent team either get the possession or the fouled player gets to shoot one or two free-throws.

Apart from fouls, there is a number of violations in basketball, such as:

As it was mentioned before, the points are given for throwing the ball into the basket:

There is a possibility to score more points on a single possession when a player shooting the ball is fouled. If he scores the basket inside three-point arc he gets a one free-throw and can score 3 points overall, and if he is fouled while shooting from outside of the three-point arc he can accumulate overall of 4 points.

And I thought that the quarter in each country lasts the same period - WRONG. Thanks Bettingwell for this guide, I learned a lot more than I have expected. Good job!