The next record-breaking win in betting. The English tipster placed a 10-fold accumulator at Ladbrokes and won only £199,736.57. Only? Well yeah, he could’ve won way more!!!

You can go nuts just by looking at these odds. One of the bettors from England placed a £5 10-folder on European football leagues’ matches at Ladbrokes. Not he just guessed the winner correctly, but also the Both To Score option right.

All of that gave him the total odds of 200,000 (199,999/1) and the possible winnings of around a million pounds!!! The punter had no issues with his predictions up until the very last game.

The match was between Real Madrid and Villarreal, also with a Both To Score option. It was 1:1 when the tipster suspected something was not right and decided to use the Cashout option, which brought him £199, 736.57 of winnings. As he found out later, it was a life-saving decision, as Real struggled and barely drew the match. 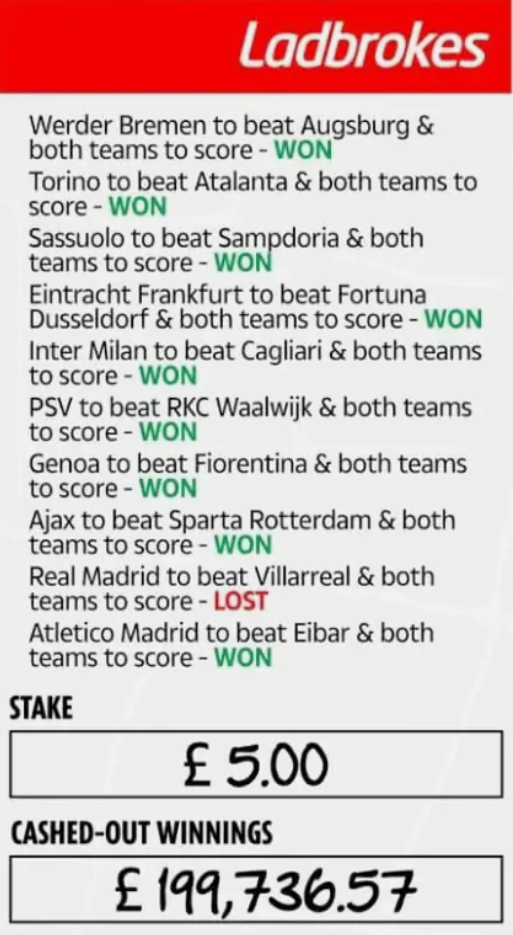 The "choke factor" in tennis betting